We are proudly headquartered in Downtown Detroit!

Our Detroit Headquarters is open by appointment only to ensure the health and safety of our visitors and staff. Please make your appointment to visit here. We look forward to seeing you!

Located on Griswold, which was once considered Detroit’s Wall Street with 22 banks located within 2 miles, the current building was completed in 1925. Designed in a Classical Revival style by famed Detroit Architect Albert Kahn and his sculptor partner Corrado Parducci it features decorative facades on both Griswold and Lafayette Streets.

Designed and built for the First State Bank, an outgrowth of the German American Bank that had previously been housed in the McGraw Building on the same site, it was later occupied by the Olde Discount Corporation in 1970 earning the name the Olde Building. In 1997 it was closed for good and remained vacant until 2016.

Abandoned for 17 years, significant renovations were needed to restore it to it’s former glory. All damaged and deteriorated plaster, masonry, brick, and stone were repaired or replaced with materials consistent with the original profile, finish, and color. The building’s mechanical system was completely reengineered and replaced and the elevators, plumbing, and electrical were updated. Despite the extensive enhancements, MarxModa and our partners worked with the Detroit Historical Commission to ensure that as much of the heritage structure as possible was maintained including the original stairway, marble floors, basement bank vaults, and stucco lobby ceiling.

Once the building was renovated, MarxModa’s designers worked with our partners to lay out and furnish the space to support the activities our team engages in every day. The result is an environment where old meets new elegantly offset by modern furniture and workstations.

MarxModa is proud to be a part of the Downtown Detroit Community and we look forward to supporting the city as it continues to transform and grow. Our gorgeous headquarters would not be possible without the help of our partners. Many thanks to 751 Griswold Detroit, LLC, Basco Detroit, Bluewater Technology, Davis & Davis, Desai/Nasr Consulting Engineers, Gensler, Herman Miller, Illuminating Concepts, Integrated Architecture, Pophouse Design, Sachse Construction, and Scarcello Associates for all your help. 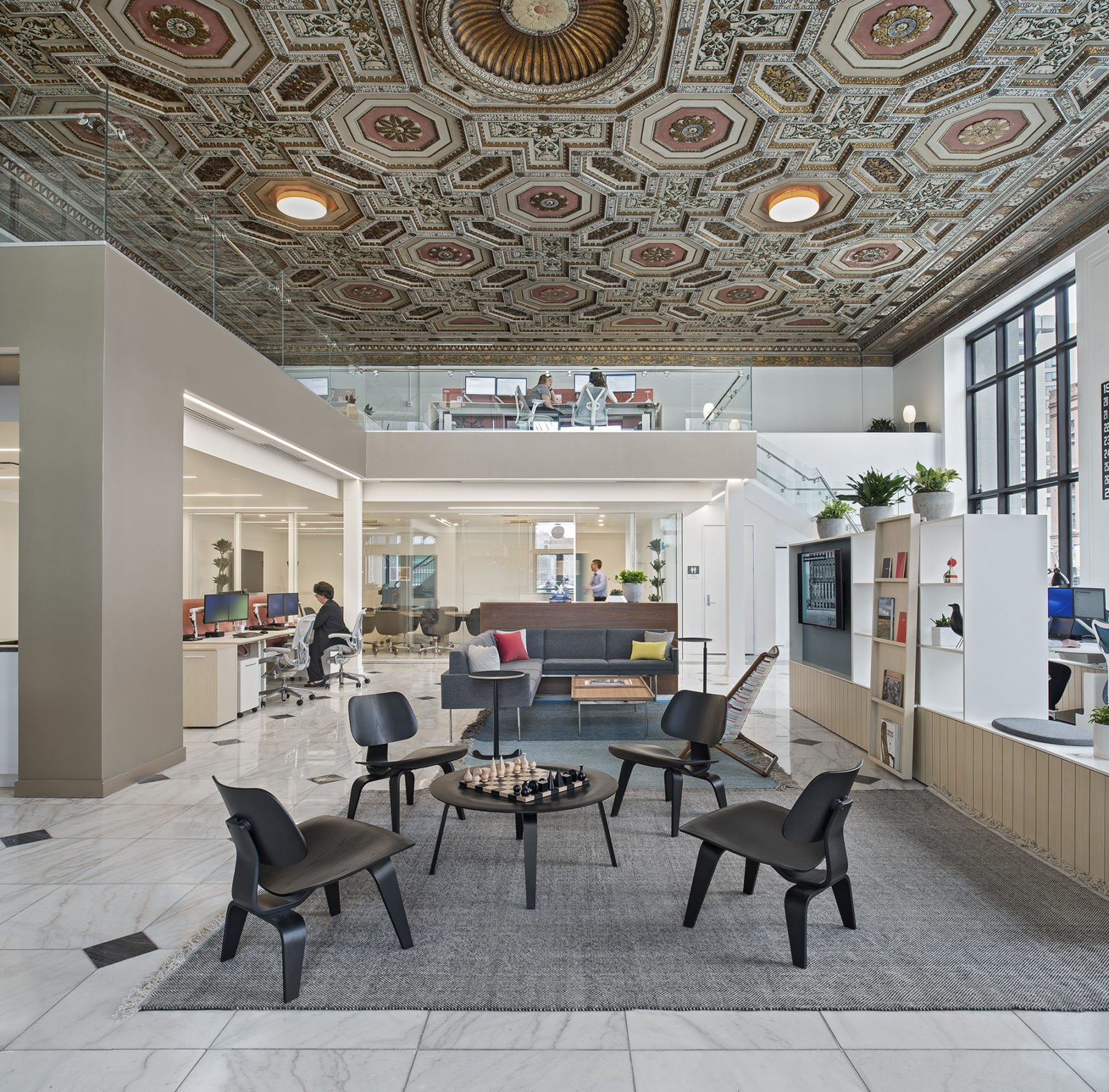 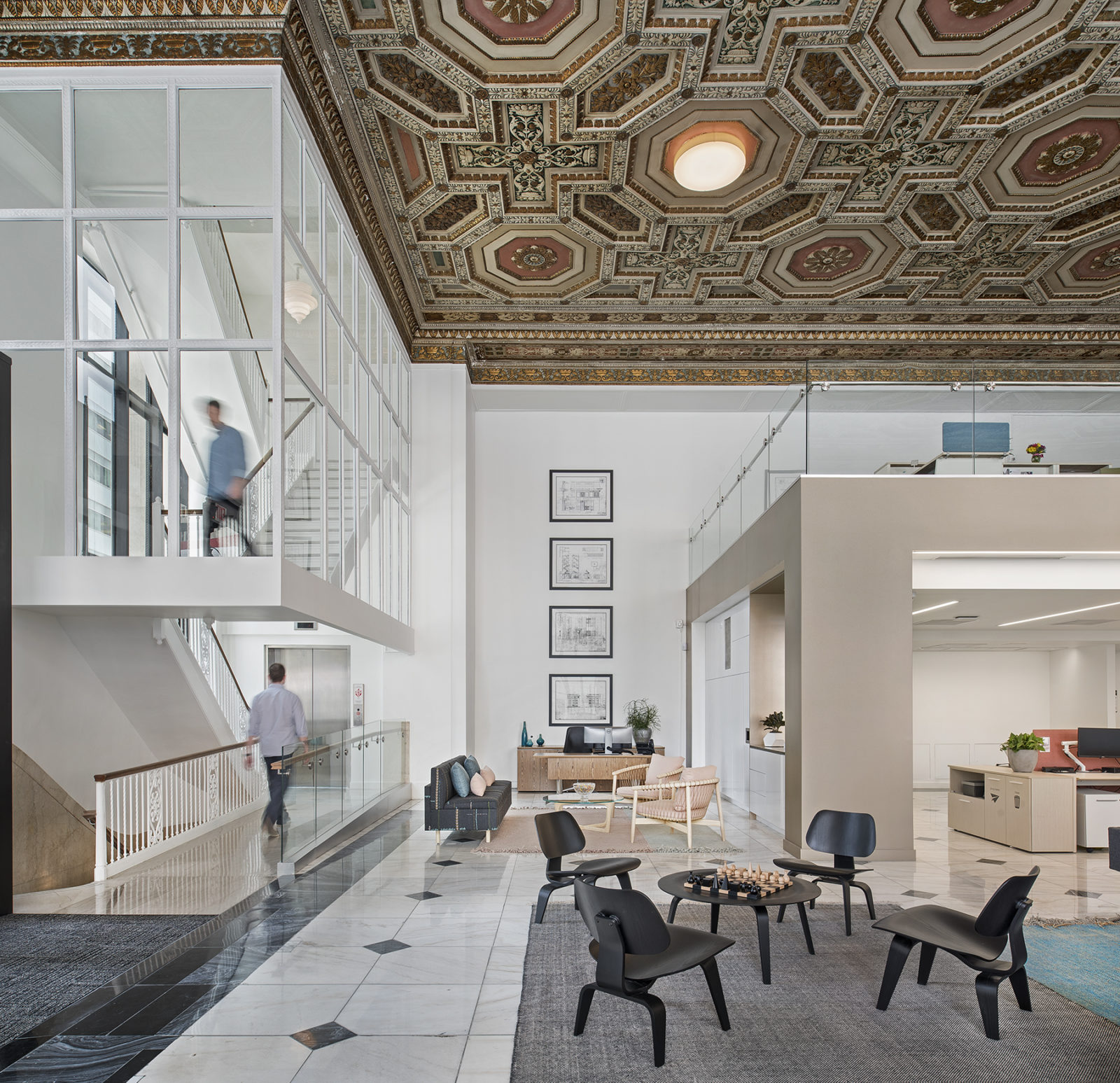 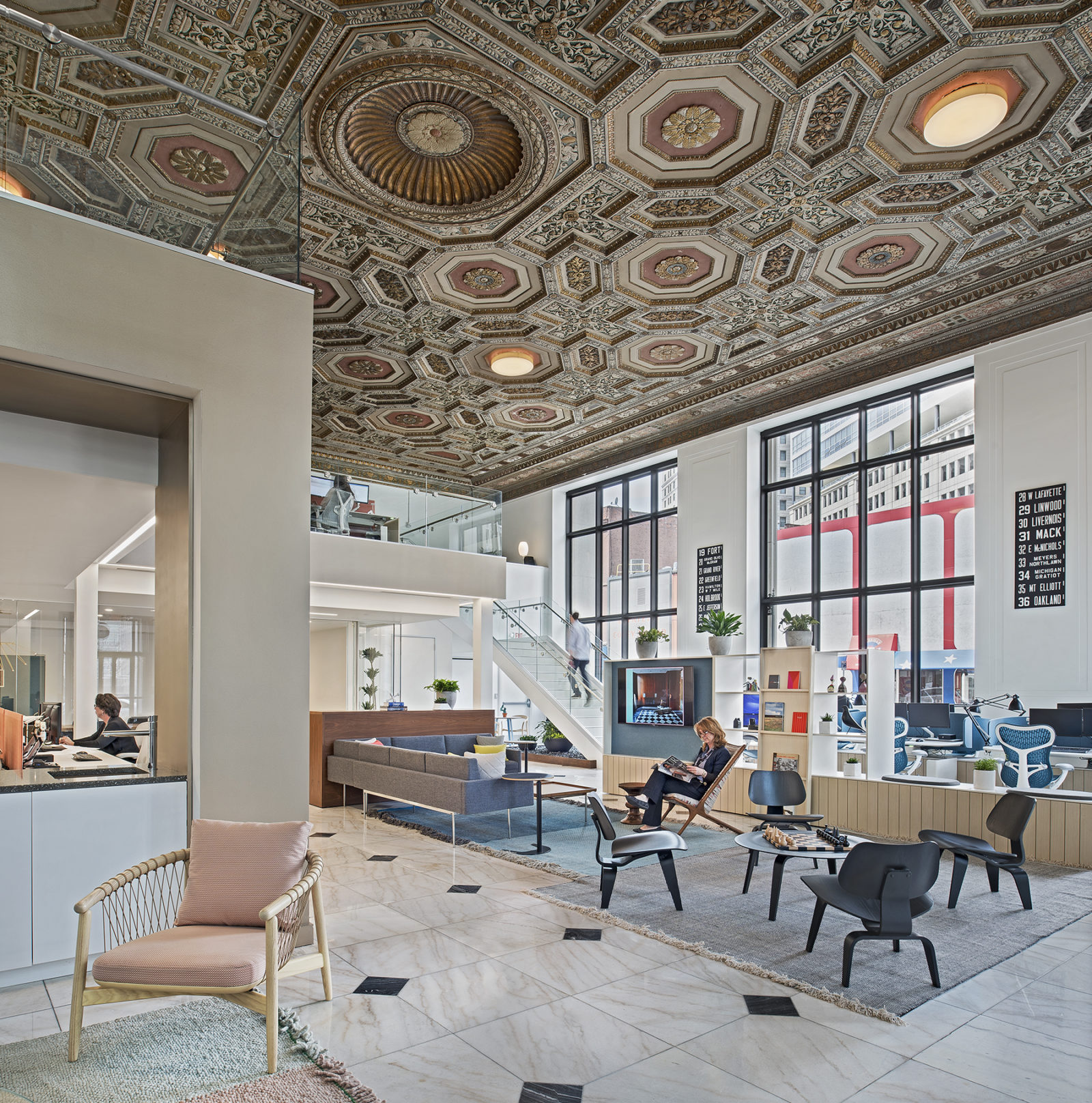 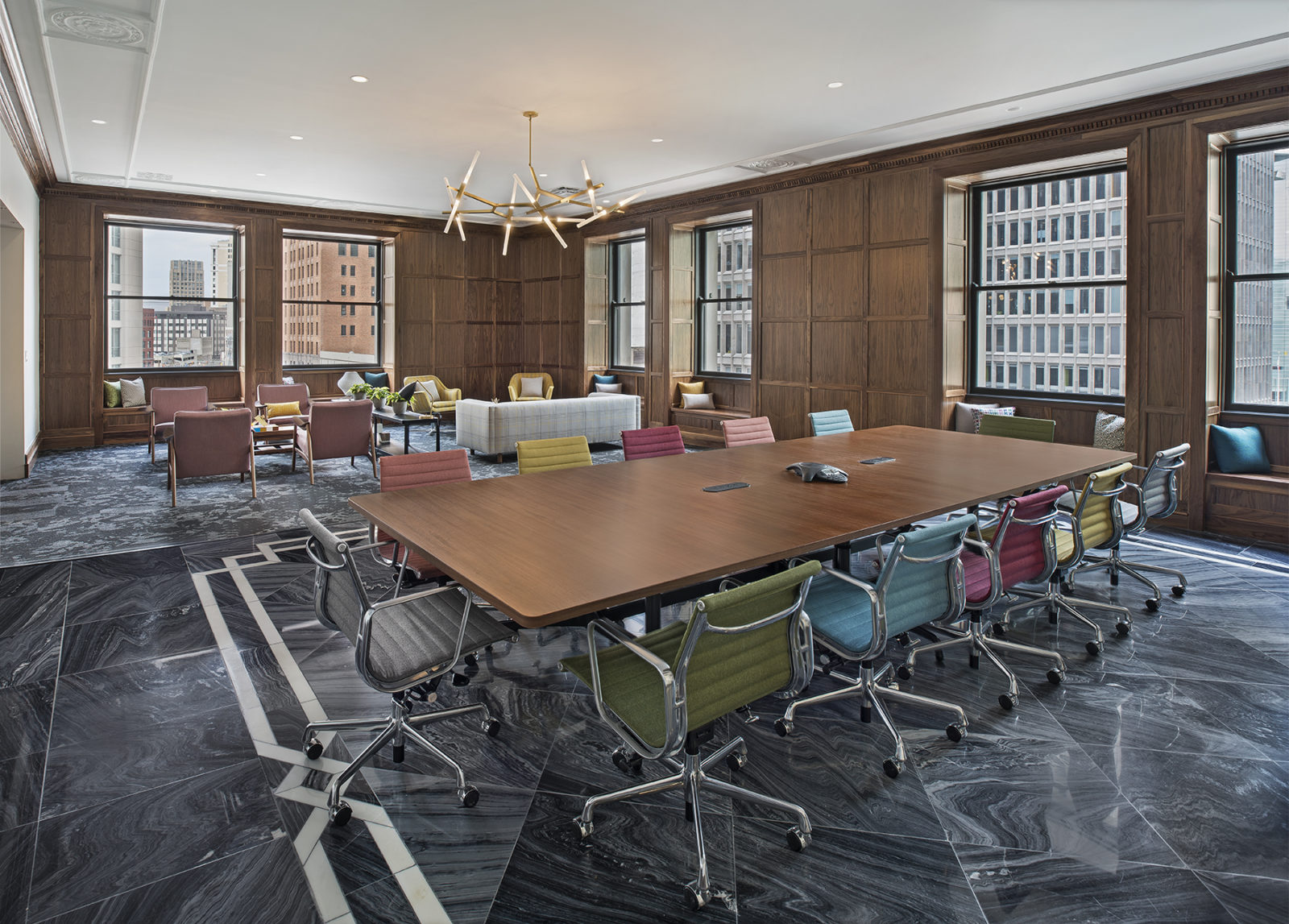 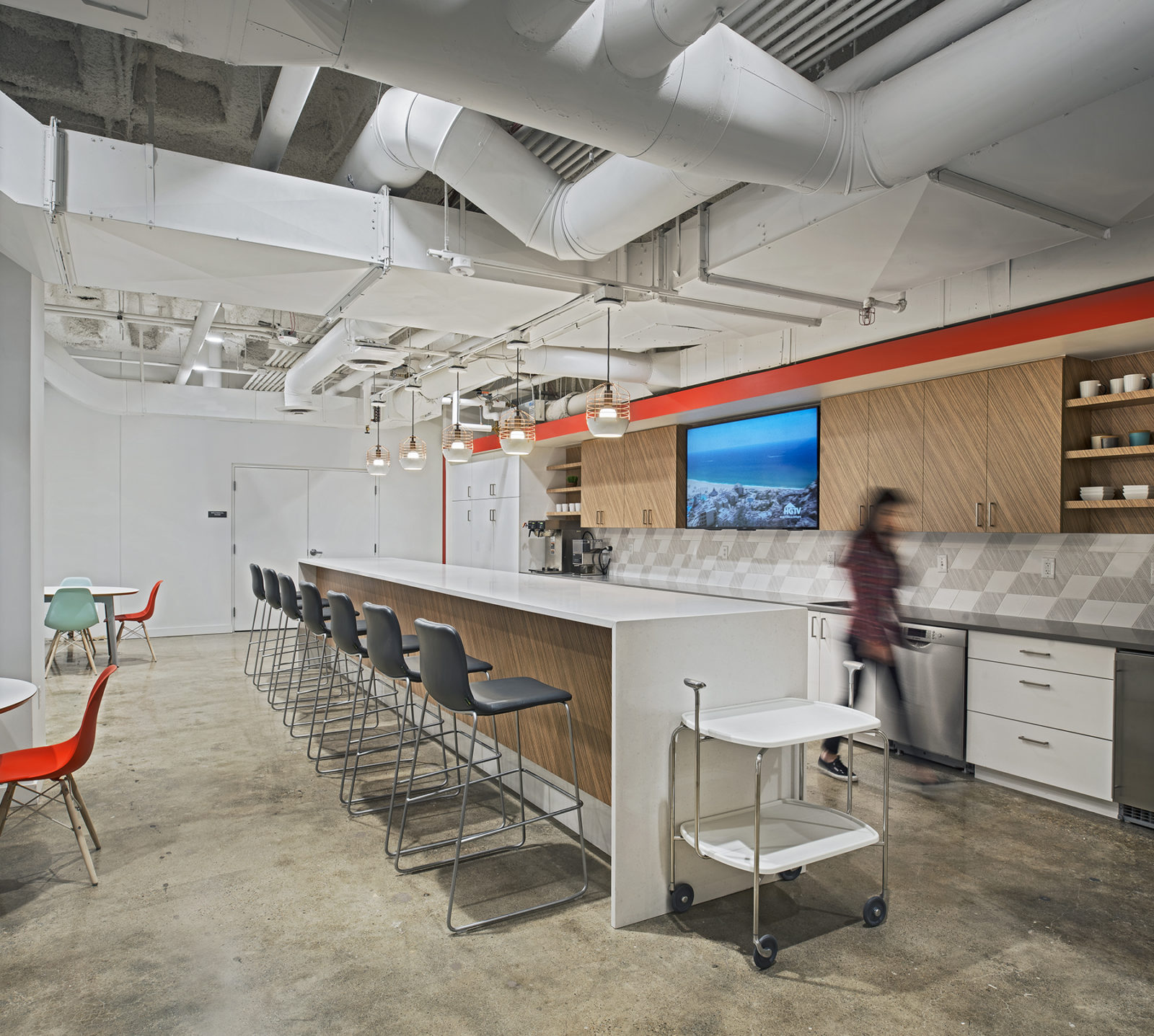 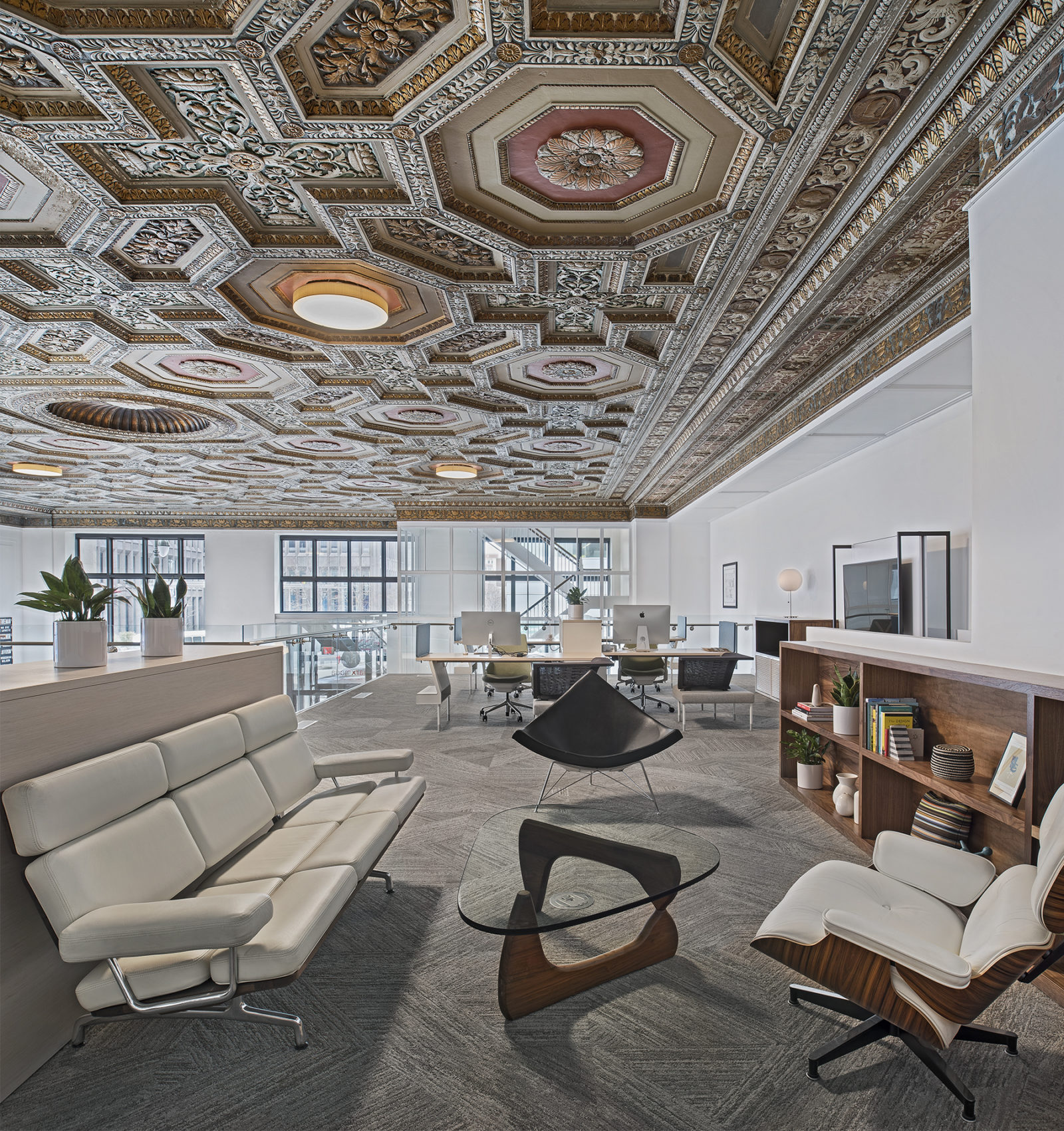 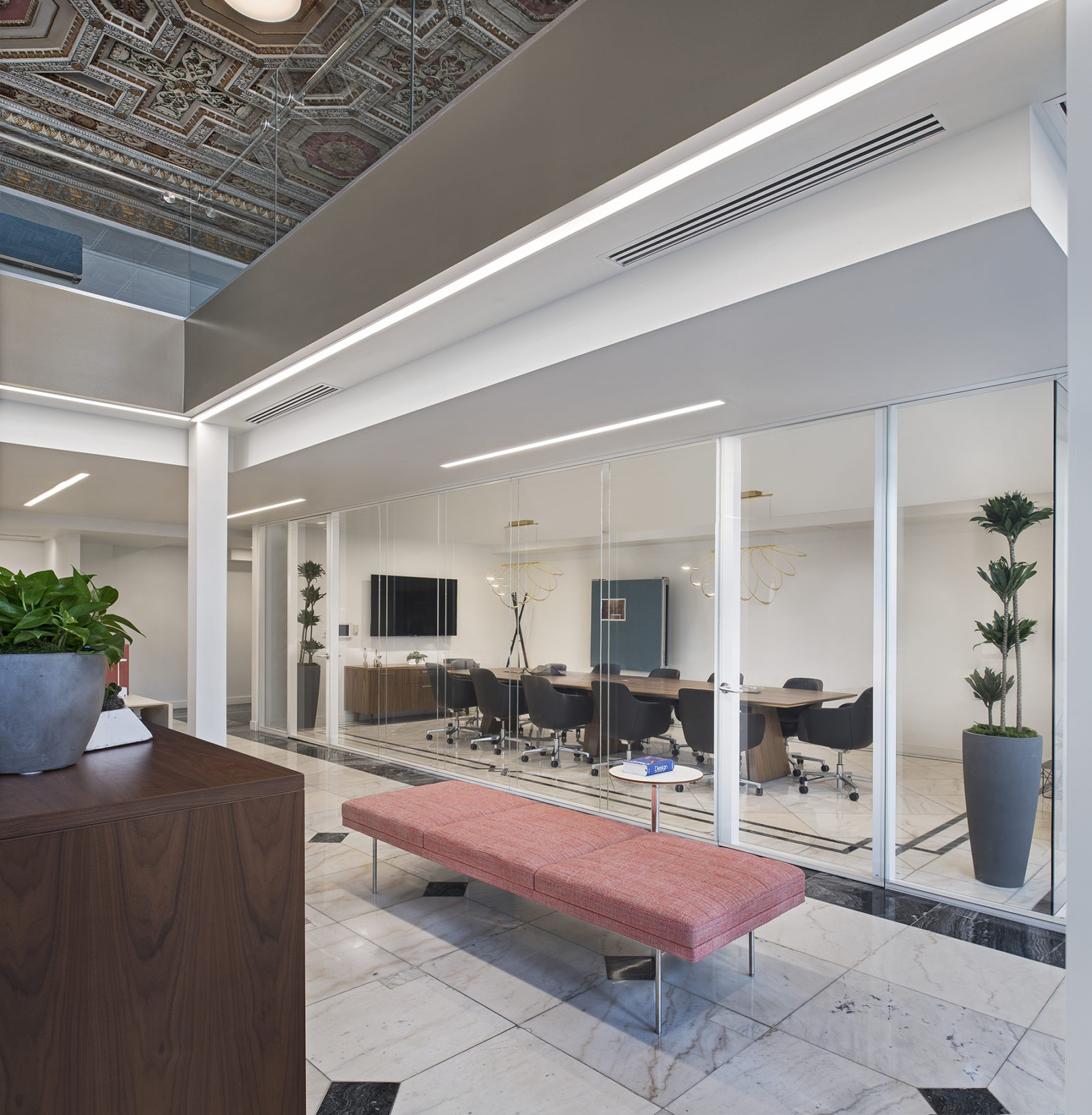 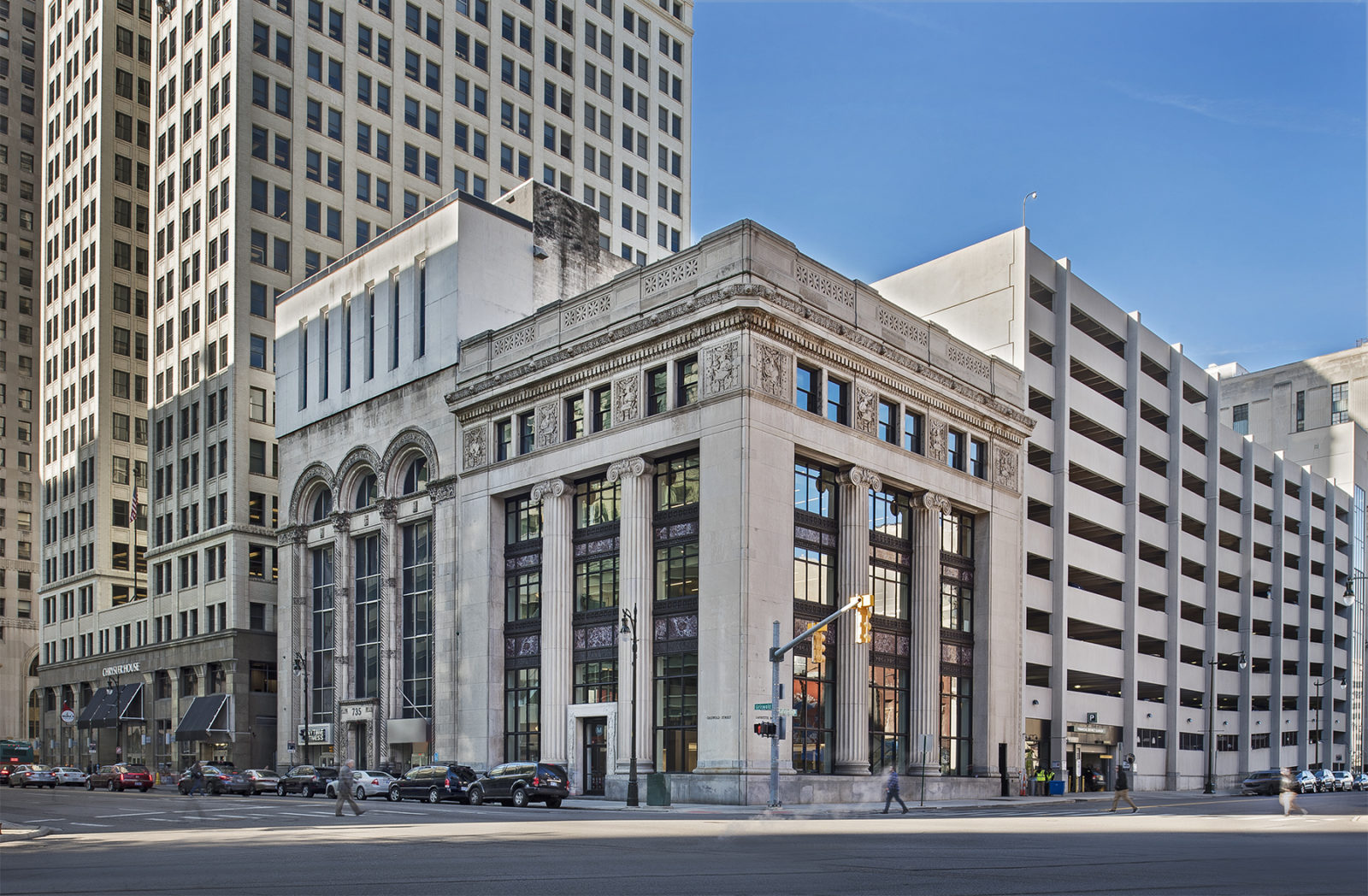