Find Happiness in Your Workplace with Framery

MarxModa partner Framery likes to say they are in the business of making people happy. Their products give workers 100% efficiency and zero disturbances, creating happier workplaces. 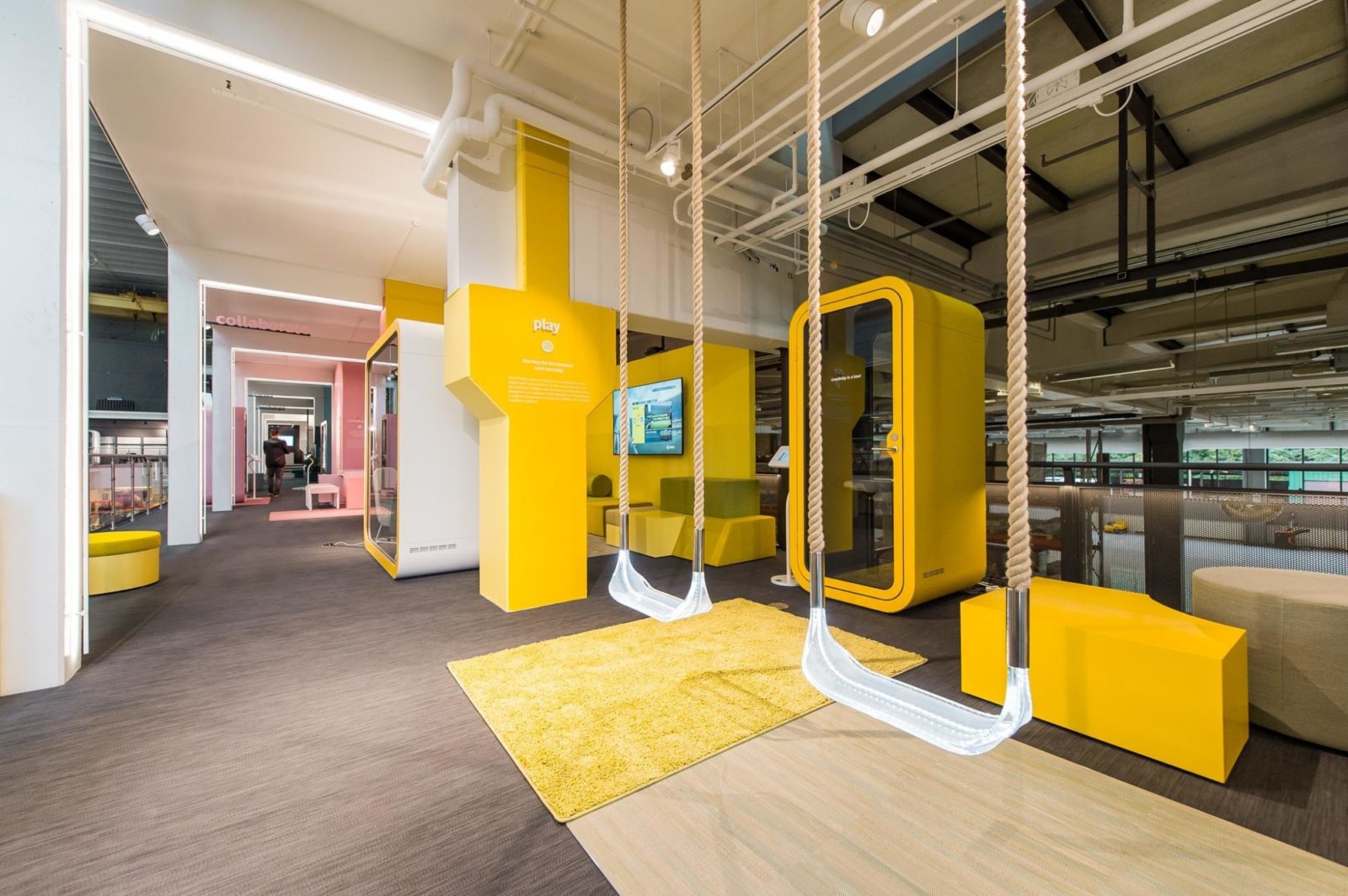 The company’s interest in this issue is personal, in 2010 one of their founders was working in a modern office with an open floorplan. Like many modern offices, their boss sat among the employees, which many offices have found increase comradery between managers and direct reports.

Unfortunately, the nature of his job meant that he was on the phone most of the time, and his conversations would interrupt the work of those sitting around him making it impossible for them to concentrate.

When Framery’s founder suggested their boss go elsewhere to make his calls the boss quickly replied, “well, buy me a phone booth.” It was quickly discovered there was nothing on the market to fit that need – so the only solution was to create one.

After many years of trial and error the sixth-generation phone booth or pod, the Framery O, was completed. It offered a functional, quiet place to work with suburb acoustics and silent ventilation. It quickly became the world’s bestselling pod adopted by companies such as Microsoft, SAP, and Deloitte.

Since then, Framery has gone on to create the Framery Q – an enclosed meeting room for 1 to 4 people – and Framery 2Q – a full-sized office booth for 4 to 6 people.

Here are some key tips from Framery on how to place pods and office booths:

Provide different kinds of pods based on users’ needs. Some need to concentrate, others to work collaboratively.

3. Use pods as space dividers

Divide the floor plan to smaller zones based on activities as in point 2.

4. Place products in the middle of activity areas

Pods and booths should be placed in the middle of activity areas, not hidden away in corners. That way people can easily see if they are vacant and then access them.

It’s not just a pod or an office phone booth.
It’s a way to transform workplace culture.
Bring order to your open office.
Learn more about Framery's suite of products here.